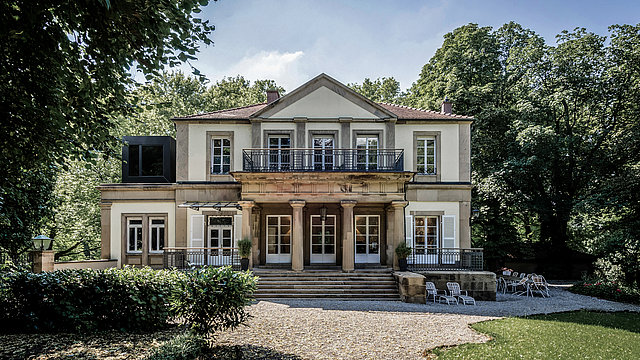 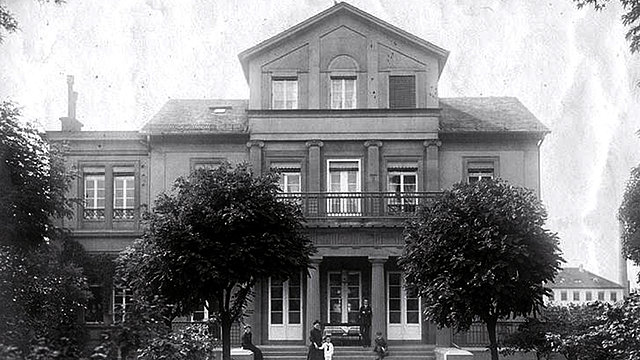 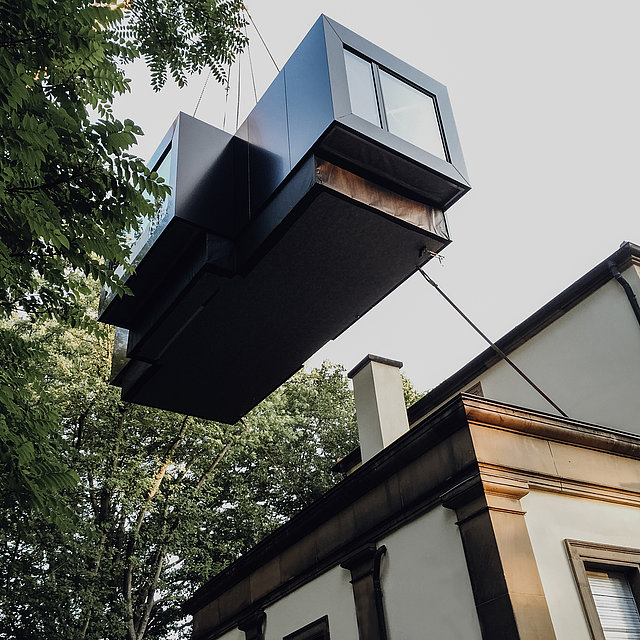 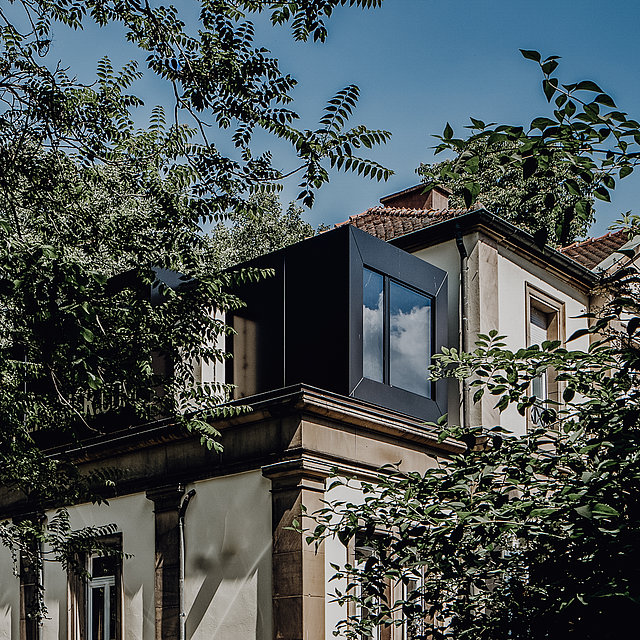 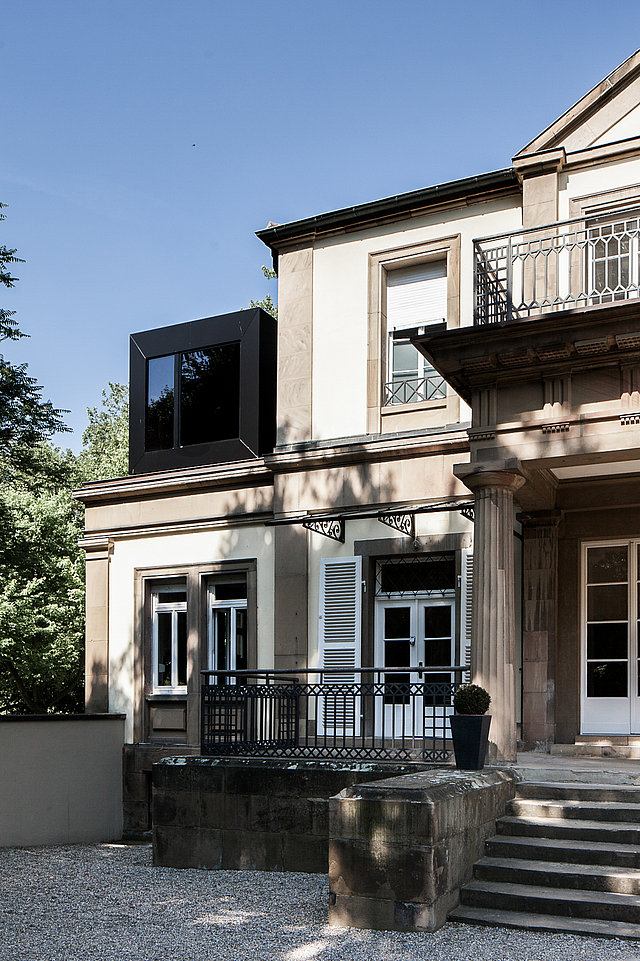 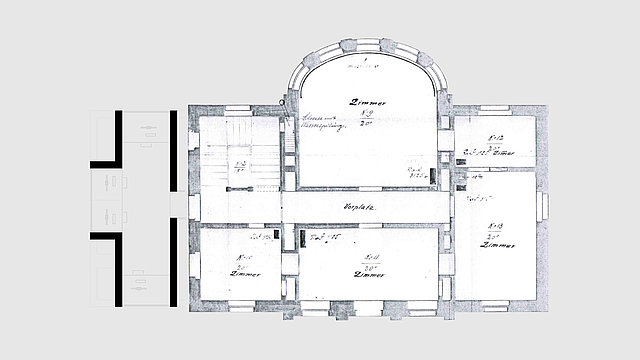 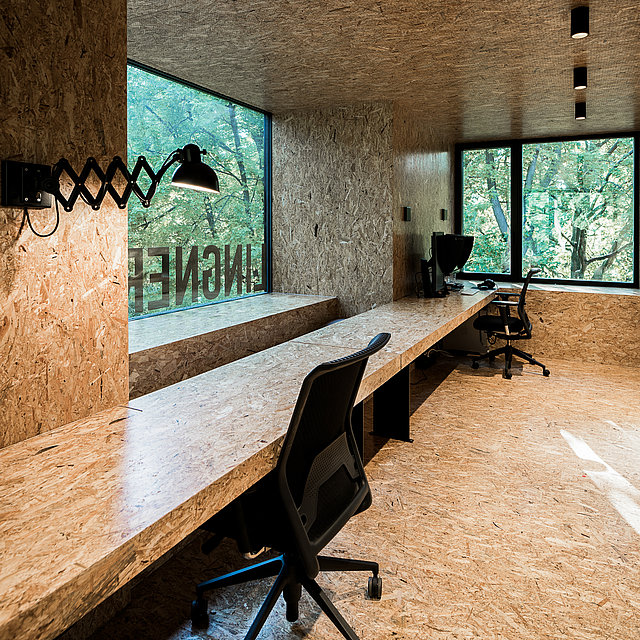 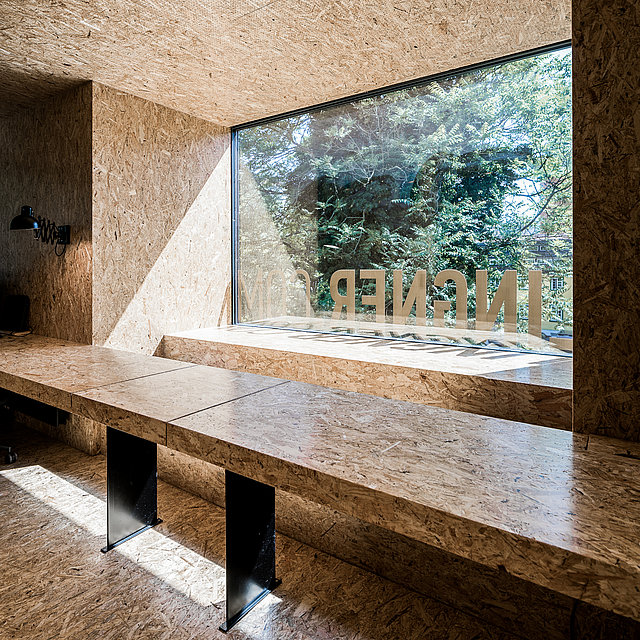 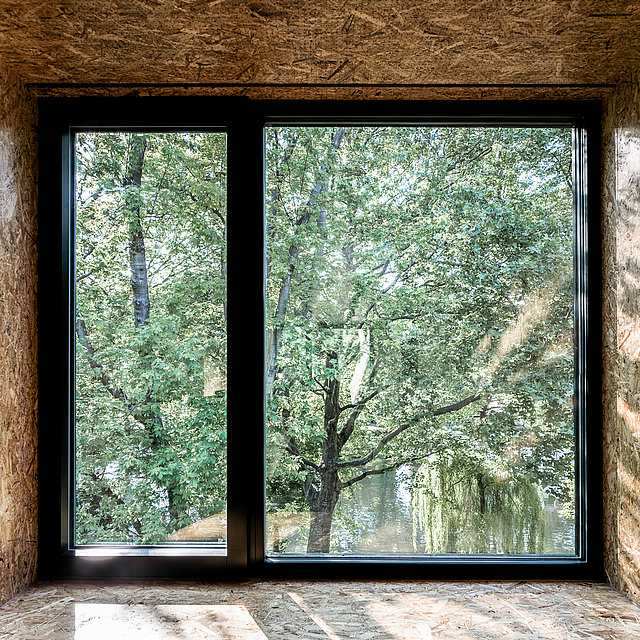 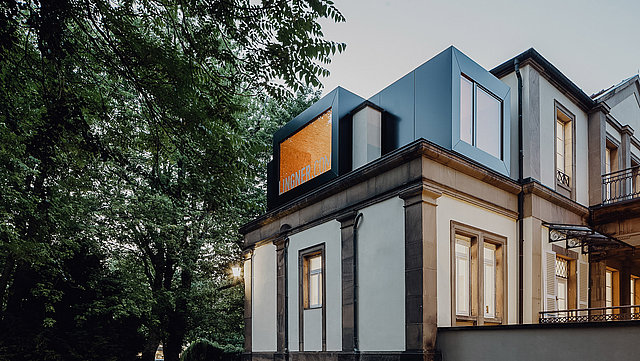 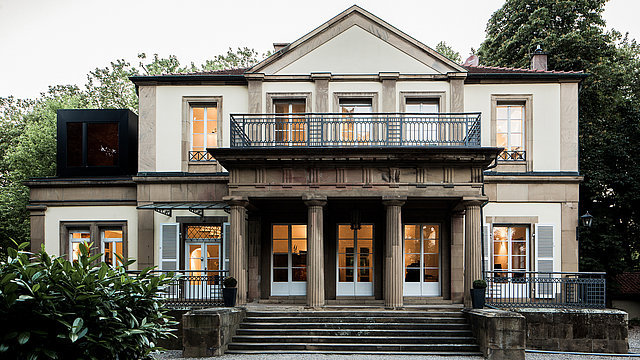 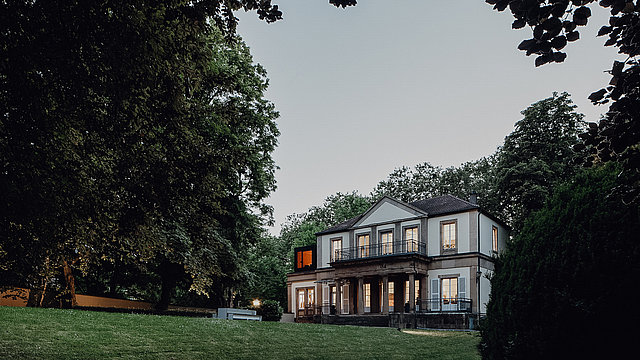 The task was to develop an innovative concept of temporary buildings for a company that has its offices in a historical villa in Heilbronn, Germany. Each addition is assigned its own local and use-specific function and can be implemented in successive steps.

In a first step a mobile office-box called ‘Werk1’ was developed. The addition to the heritage villa creates a unique contrast between contemporary and historical architecture, at the same time it maintains perfect balance and visual harmony. The mobile extension serves as an additional work space and think tank for the creative agency working here. It stands out with its black color and modern modular design on the exterior and whereas the interior with its rustic workshop character. At the same time the historic building approaches its structural origins of the year 1811 with this addition.

"To extend such a beautiful object as the Villa Mertz is a special challenge: on the one hand with respect to the overall historical image that has to be right, on the other hand with regard to the necessary municipal approval," says architect Anna Philipp. This contemporary addtion to the historic building was permitted because it is modular and can be removed, or placed back again without interfering with the previous construction. It is a project that builds on history with the technology of the present, to take a stride towards the future.

The idea of change is also perceptible inside the addition. The interior is deliberately designed for flexible use: as a think tank, meeting room or resting place. It is worked entirely of OSB (oriented strand boards), a very simple but authentic material, and appears like a sculpture. Having ceiling, floors, walls, tables, and every other piece of furniture built out of the same material is meant to result in a holistic experience that leads into creative work. Where contemporary structures are built in conjunction to existing buildings, the interplay between the old and the new brings out the positive light, where the old architecture is given new life without destroying its spirit and history.

The addition of office space has been drafted in a concept of temporary buildings, which understands the world of work as a habitat with different zones and areas:

1. SILENT.BOX, which like a nest in the trees serves as a retreat.

2. COMBI.BOX, which can be transformed into a ‘Summer Office’ thanks to the swiveling whiteboard.

3. WORK.AREA, which reflects the surrounding nature and provides for concentrated work inside.

4. COWORKING.SPACE, that makes the campus visible to the outside and at the same time releases the views of the adjacent Neckar from the inside.