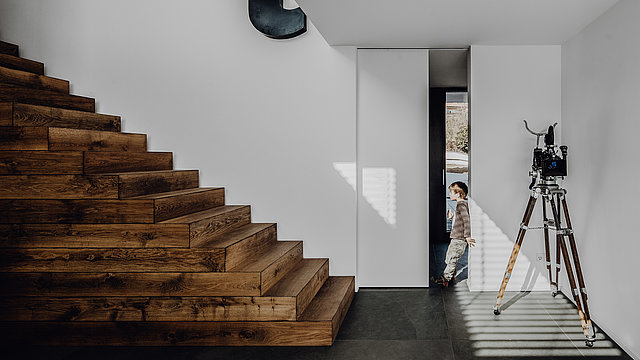 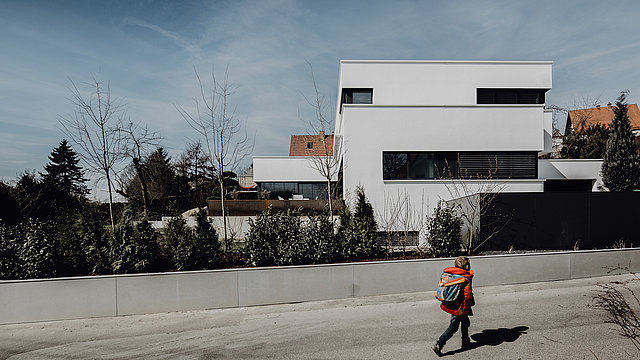 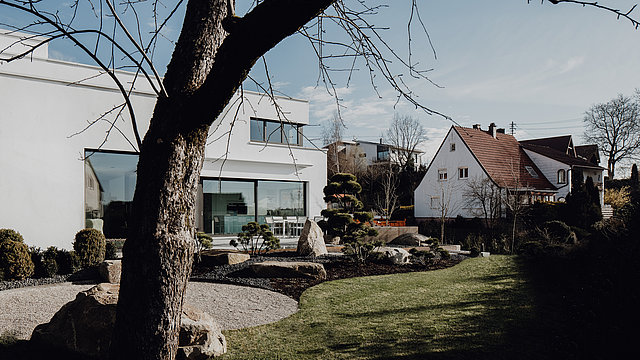 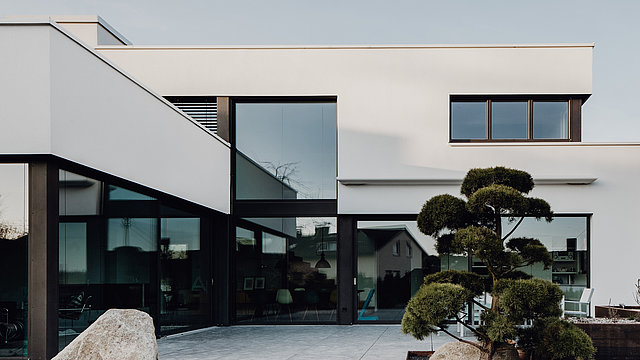 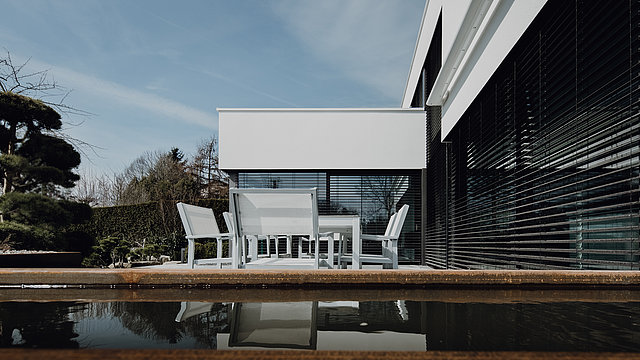 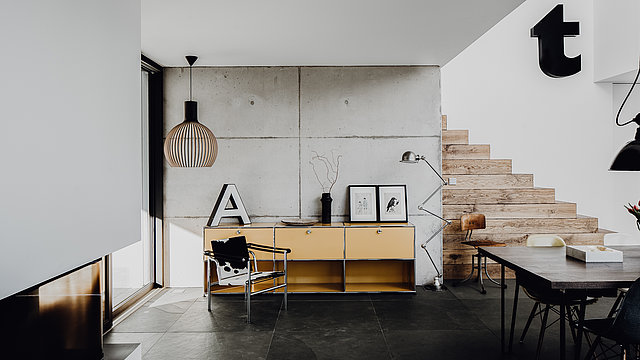 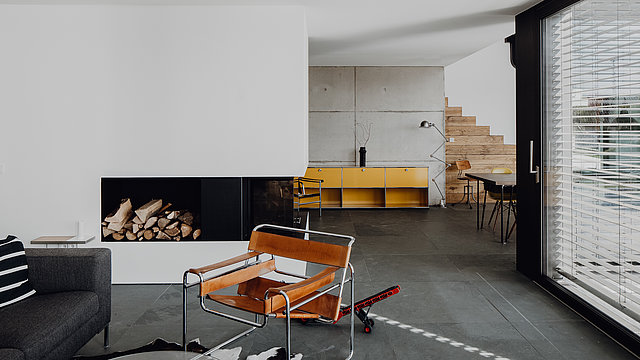 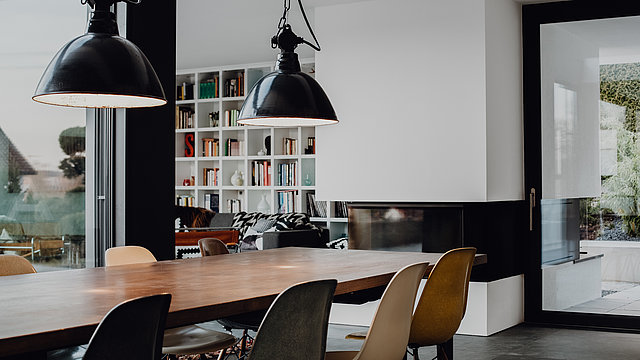 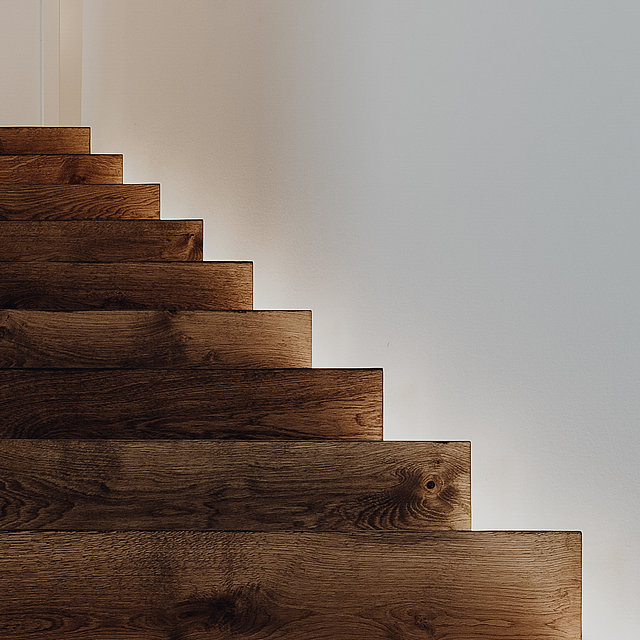 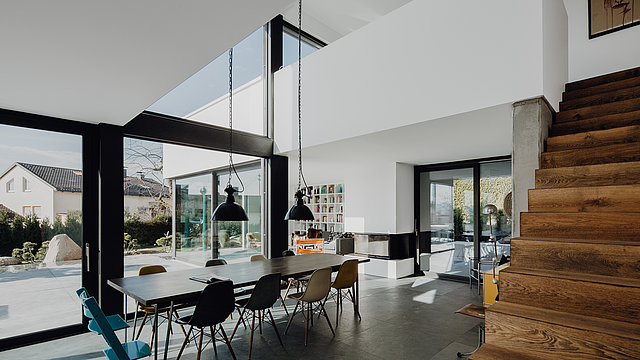 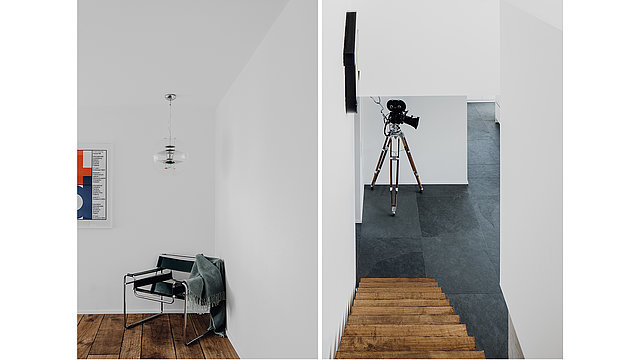 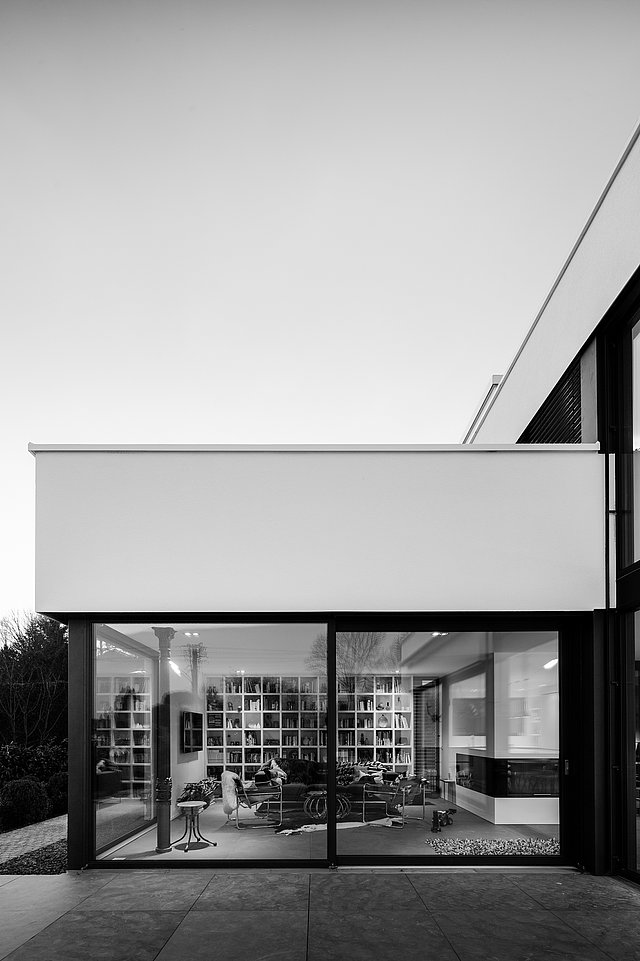 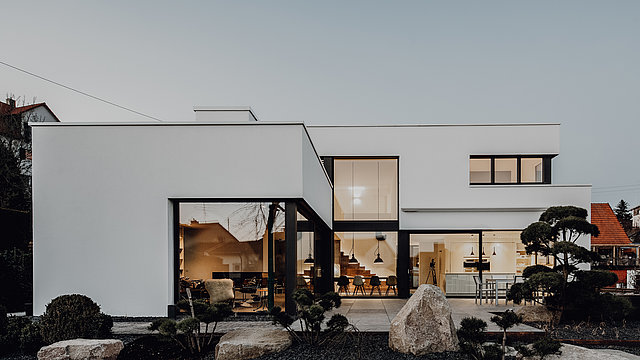 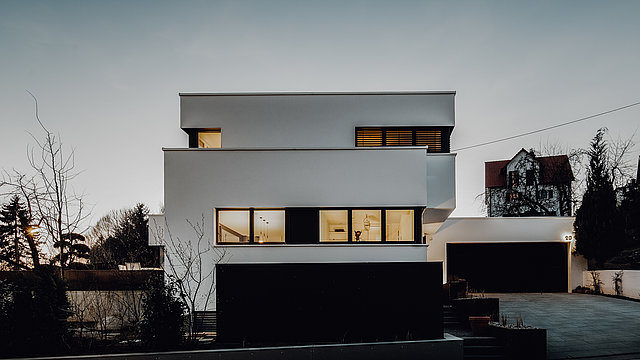 schöner wohnen
house of the year 2014

This modern flat roof villa, designed for a family of four in Pfaffenhofen, Germany, was awarded the first prize in the competition "House of the Year", organized by Europe's biggest living magazine "Schöner Wohnen". With its formal references to the “Bauhaus”, the L-shaped building impresses by its large glass fronts, through which light and air gain access inside. This impressed the jury as well as "the modern interpretation of the wood panel construction, whose weather-independent, accurate and fast prefabrication of quality is not to beat."

Fairfaced concrete, wood and glass dominate the aesthetic simplicity of the building, accentuated by elements such as the historic cast-iron pillar in the living area. This was deliberately used and accentuated as a visible, static element of the overall design. Another special part of the interior design is the oak staircase made of block levels, which not only serve as a functional up and down but also as a seating area. The numerous design classics from the 20s to the 60s, a passion of the owner, contribute to the successful symbiosis of Bauhaus, midcentury and 21st century.

On the ground floor the kitchen, dining and living area merge. This fusion extends to the outside, distinctly visible on the chimney block, which is both useable from the inside and outside. Above the dining area a void opens to the upper floor where the private areas of the family and a roof terrace with panoramic views are located.