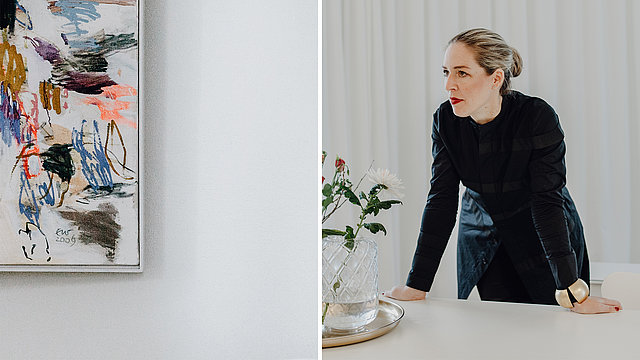 Anna Philipp, was born in 1974 in Stuttgart, Germany and completed her studies in architecture at the University of Applied Sciences, Stuttgart between 1995 and 1999, in conjunction with a guest semester at the Swiss Federal Institute of Technology in Zurich. Her diploma thesis was awarded the Architecture Prize of the Association of German Builders, Architects and Engineers Baden Württemberg. From the year 2000 she worked as an architect in Switzerland at the office Solimann and Zurkirchen in Zurich, where she played an important role in successful competition entries such as the International Competition for the Museum of Modern Art in Bolzano, Italy and the competition for the reconstruction and construction of the commercial school in Ziegelbrücke, Switzerland. In 2001 she moved to the office of Prof. Schnebli, Ammann and Menz in Zurich. In 2002, she finally accepted the call from her homeland and returned to Germany, where she took over responsibility of her father's architectural practice, Philipp Architekten. And in 2005 she took over the management of Philipp Architekten. In recognition of the quality of her architecture, she was appointed to the prestigious Association of German Architects (BDA) in 2015. Her work has also received numerous prizes and awards; including the Hugo Häring Award, the German Design Award, the best architect 17 award or the Iconic Award. Anna Philipp and her team have repeatedly been listed among the best architects in German-speaking countries by the leading trade magazines "Häuser" and "Architektur und Wohnen". She is passionately committed to a renaissance of beauty in architecture. In this context, she sees her commitment in the years 2012 to 2015 as a lecturer at the University of Applied Sciences Stuttgart and her numerous lectures and appearances at symposia.