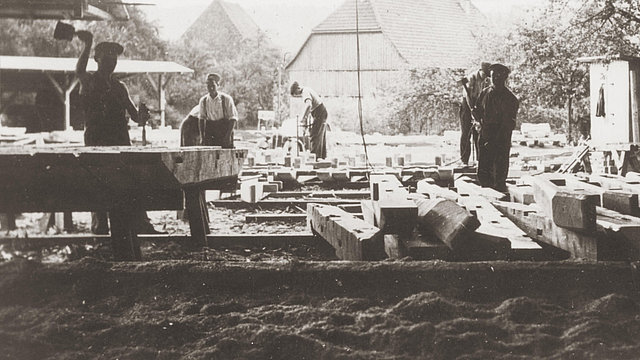 Our family and therefore our architectural office are deeply entrenched in craftsmanship. For more than 300 years, members of our family have been continuously practising carpentry by trade. This tradition shapes us. With all due ambition, our architecture has never been detached from our craft. On the contrary: only in the harmonious combination of design and construction do we see our requirements satisfied. According to its Greek root architecture means “first art” or “first craft”. For us, this precisely defines the meaning.

It is original and carries a creative act in itself. It combines aesthetic and creative demands with handcrafted work.

Opening of the second Office in Frankfurt am Main

Relocation of Philipp Architects to the Castle Waldenburg

Philipp Architects is appointed to the Association of German Architects BDA

Anna Philipp studies architecture at the College of Technology in Stuttgart and the ETH/ Swiss University of Technology, Zurich

In tradition of the “Bauhaus”: Design and development of industrially prefabricated house

Diversification: The company gets involved with construction carpentry, stair construction and manufacturing windows and garage doors

Shifting of the continuously growing workshop to the outskirts of town

Expansion of the carpenter’s business based in Untermünkheim

First certified reference of the Philipp family, living as carpenters in Ilshofen, a small town belonging to the free city of Hall